This year’s Rugby World Cup will be held in Japan as 20 teams prepare for the biggest stage in World Rugby. The clear favourites will be New Zealand, but other Nations that will also think they have a chance of winning are Wales, England, Ireland, Australia and South Africa. The tournament kicks off on September 20th with Japan hosting Russia in the opening ceremony of the 2019 Rugby World Cup.

Pool A consists of Ireland, Scotland, Japan, Russia and Samoa. Since only 2 Nations will qualify for the knockout stages, Ireland and Scotland will be favourites, but Japan will believe they have a great chance of progressing due to their home advantage.

Pool B consists of New Zealand, South Africa, Italy, Namibia and Canada with the clear favourites to qualify for the knockout stages being New Zealand and South Africa. Italy will want to impress but could struggle against the big southern-hemisphere sides.

Pool C has England, France, Argentina, the United States and Tonga which has been called the “pool of death.” England are favourites to qualify for the knockout stages but whether they will be joined by France or Argentina is yet to be seen. France are massively inconsistent but can turn up the heat when required whereas Argentina have been brilliant recently. This pool will be an exciting one to watch.

Pool D consists of Wales, Australia, Georgia, Fiji and Uruguay. Wales and Australia will battle it out for the top spot in the group but Georgia and Fiji will turn up with a strong squad and will aim to throw a spanner in the works. After the pool stage is complete, the knockout stages will be hugely exciting with an exciting match guaranteed in each of the matches. Although some of the smaller nations may look unlikely to proceed to the knockout stages, they all have something to play for due to the fact that the third placed side in each Pool guarantees their place in the 2023 Rugby World Cup. 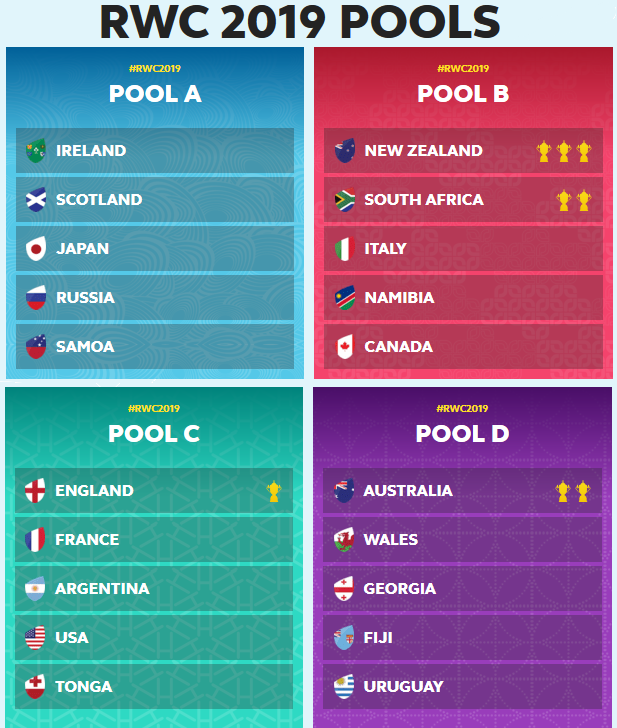 The 2019 Rugby World Cup final will be held on the 2nd of November in the International Stadium Yokohama which holds just over 72,000 fans. The World Cup looks to be a massive event with fans tuning in from all around the world in every continent to watch their countries battle it out on the biggest stage.

The 2019 Rugby World Cup will be broadcast in nearly every country in the world as fans will tune in to watch their Nation play in the early hours in the morning. Most countries will broadcast the Rugby World Cup on free to watch television, however, this will be different in each country. In the 2015 Rugby World Cup, there were huge audiences in countries across the world with a reported 120 million people tuning in to the final in October 2015 on live television. 18 countries have already confirmed their broadcasting partners along with Oceania, Sub-Saharan Africa and South America all getting their own broadcasters to provide coverage of all 48 games.

Here is the list of all countries tv channels telecast rugby world cup 2019.

Georgia: Not Confirmed Yet

Romania: Not Confirmed Yet

Russia: Not Confirmed Yet

Here is the list of streaming sources for different countries where fans can watch rugby world cup 2019 online. 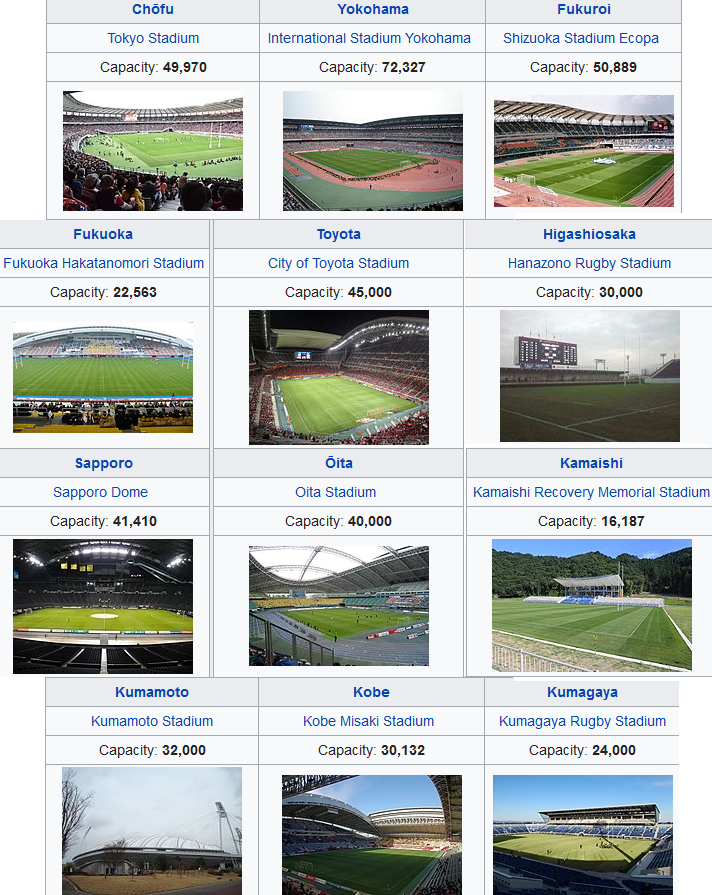 The 2019 Rugby World Cup is just around the corner with Japan getting ready for the biggest sporting event of the year. Here, we’ll look at the top 5 teams that have a chance of lifting the trophy in Japan by the end of the tournament.

1. New Zealand
New Zealand have won both of the past 2 Rugby World Cups with many believing that they’ll go on to secure a historic treble. The All Blacks have been dominant in World Rugby for many years after being the number 1 ranked team in the world for over 10 years. However, in the past 12 months, the Nation have lost to Ireland, South Africa and Australia and lost their number 1 ranking spot to Wales.

2. Wales
The first team in 10 years to become the number 1 ranked team in the world, Wales will be going into the upcoming Rugby World Cup as one of the favorites after winning the Grand Slam in the 2019 Six Nations tournament beating the likes of England, Ireland and Scotland. After losing to England at Twickenham, it’ll be difficult to see how head coach Warren Gatland addresses the problems which led to their first loss in 14 matches in all
competitions.

3. England
England have been a strong Rugby side for many years under head coach Eddie Jones, the side has won two Six Nations titles under his management in both 2016 and 2017. In the past 12 months, England have beaten the likes of Australia and South Africa along with coming within 1 point of New Zealand in their last meeting.

4. South Africa
2019 Rugby Championship winners South Africa have had an impressive year as they beat Australia and Argentina along with drawing with New Zealand in this year’s tournament. The team looked to be on a decline going into this year, however, they’ve turned things around under head coach Rassie Erasmus. They’ll definitely be a team to look out for in the upcoming tournament as their crucial clash against New Zealand in the group stages is just
on the horizon.

5. Australia
Australia are another side to watch out for in the Rugby World Cup as the Wallabies look to top their group which includes Wales. In the past year, they’ve beaten New Zealand, South Africa and Argentina in a hugely impressive 12 months. Michael Cheika will be hoping he can inspire the side to glory in Japan as he looks to bring the trophy back to Australia for the third time in their history.